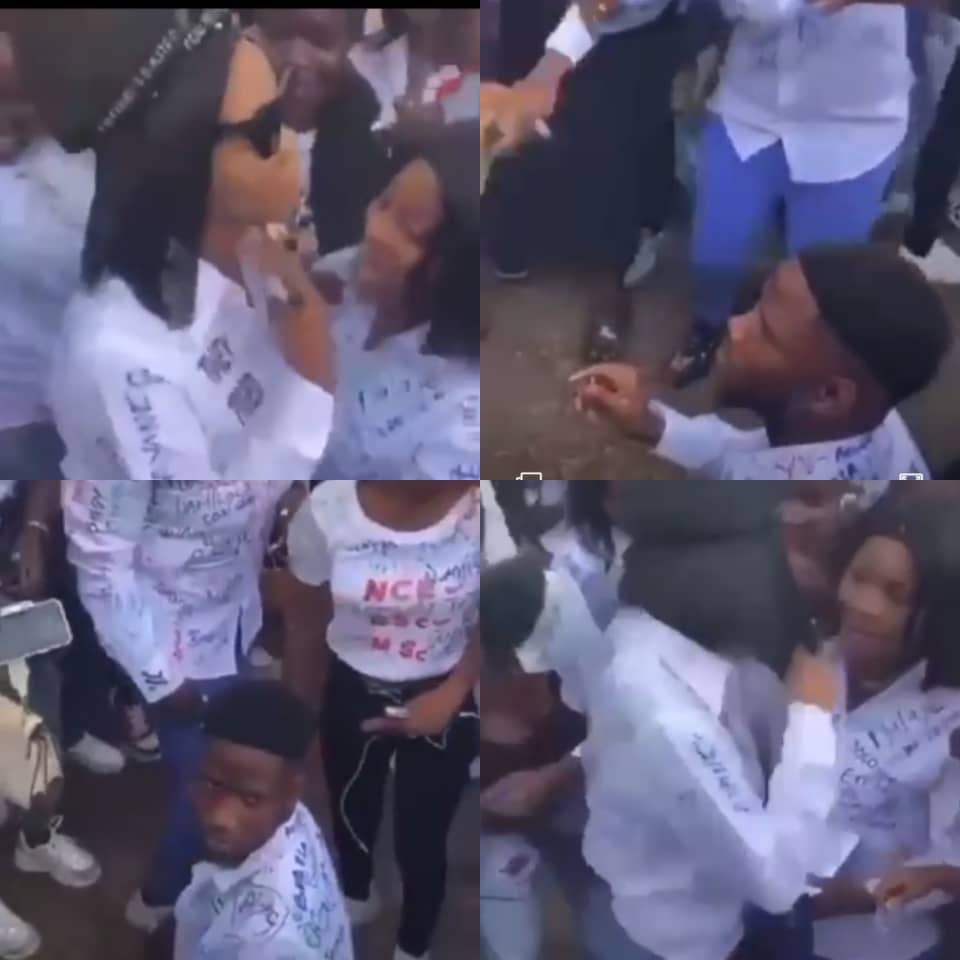 In what will come across as a rather startling development, a student of the Tai Solarin University of Education was recently left in shock after his girlfriend publicly rejected his proposal.

They had just finished their final paper and were celebrating their graduation when the young man decided to take the celebration a notch higher by proposing to his woman.

The young lady was having none of it as she openly turned him down by collecting his ring which she threw into the crowd. The young man was left humiliated by her action.

A video showing the moment the young lady rejected the young man's proposal has gone viral.

Watch the video below: