The Nigerian Immigration Service ( NIS) has confirmed the transfer of its three Passport Control Officers ( PCOs) in – charge of the three passport offices in Lagos -state. 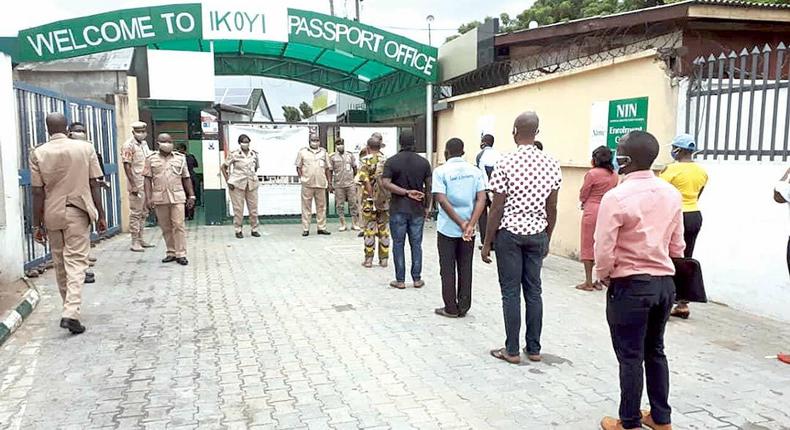 The three PCOs are: Mr Ibrahim Liman, who was the PCO of Ikoyi Passport Office, Mrs Adeola Adesokan, the PCO of Festac Passport office and Mr NJ Dashe.

The News Agency of Nigeria (NAN) in an interview with Assistant Controller – General ( ACG), in charge of Zone A Command , Ikeja, Lagos -state, Mrs Oluremi Talabi, confirmed the new development.

NAN reports that the Zone is in charge of the operations in Lagos- state and Ogun.

According to the ACG, the redeployment was a normal routine in the service.

“Reporters have been calling me to find out the major reason for the removal. They asked if they were removed because they were involved in some sharp practices.

“All I can say for now is that, it is a regular routine for the NIS to deploy its officers. There is nothing bad in redeployment. As other events unfold, the service will update Nigerians,” she said.